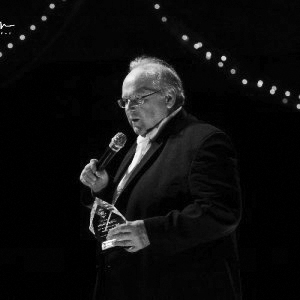 Tracy Lundeen has spent nearly five decades in the world of marketing and promotions.

Whether organizing and producing national caliber events around the country to promoting and marketing regional businesses and events in both the profit and not for profit worlds his background is arguably unparalleled and unmatched in this market.

His foundational skills in guerilla marketing techniques have allowed him to transition into the world of social media and digital while still having expertise in traditional mediums such as radio, tv, and print. He is regarded by many as a master of mixing the old and new together in this fast-moving and ever-changing media world.

Awarded “Tracy Lundeen Day” by Mayor Ness and the City of Duluth in 2013 for his contributions to the community, he remains a respected voice in the region. He manages to find the humor in wearing so many “hats”, making him a favorite to do business with being the president of the Bluebird Foundation, the Greater Duluth Business Association and still is very hands-on in everything his company does.